If ‘Ban the Box’ laws haven’t made your HR job harder yet, they will soon. The reality is, more than half of US the population lives in areas with Ban the Box laws. Even if you think you are safe because your company is far away from the affected areas, you’re probably not. Someone who lives in one of those locations will apply and it will affect you. 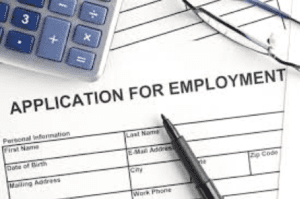 Why are we doing this?

‘Ban the Box’ laws are intended to reduce recidivism. One of the reasons people return to crime is because they can’t get a job once they’ve been convicted. Lawmakers want you to not know about a person’s record until after you meet them. They think this gives more people a second chance.

The state and local laws have many different titles. The most popular is ‘Fair Chance’. We call them ‘Ban the Box’ laws because they all require the removal of the line on your application that says, ‘Have you ever been convicted of a crime?’

My application doesn’t have a check box, so I’m good, right?

Simplify this for me!

Congress isn’t going to pass a federal law that makes Ban the Box universal any time soon. Congress can’t agree on anything. States, counties, and cities are going to keep making their own laws.

Study all the places you could possibly hire someone from. Change your process to meet the strictest BTB requirements. If you’re not ready to do this, keep checking the map until your town shows up on it.

If you’d like to talk to us about your process or your unique situation, call Driven Hire at 866-216-1022 or e-mail [email protected]